Corruption in Education: A Vigorous Debate in Montenegro

A vigorous debate took place on the issue of corruption in education at the conference ‘What are You Going to do When You Start to Work?’, organized by the NGOs Centre for Monitoring (CEMI) and Centre for Civic Education (CGO) with the support of the German Embassy in Montenegro.

The conference was organized under the aegis of the project ‘Corruption in Education’. The project of CEMI and CGO lasted for 11 months, and included 7 components: 1) survey; 2) capacity-building in student organizations; 3) education of high school students and teachers; 4) analysis of the legal framework; 5) national media campaign; 6) conference; 7) publication with recommendations on how to fight corruption in education.

CGO and CEMI presented the recommendations that followed the realization of the project at the conference. The recommendations were forwarded to the Ministry of Education, Universities, media, and student organizations, resulting in several additional measures proposed to the National Commission for the fight against corruption and organized crime.

The recommendations sparked quite a debate among presenters of the report and representatives of the University, which claimed that that corruption was far less present at University than it has been presented in CEMI and CGO’s study.

Project “Fight against corruption in education” continued its realization with a seminar for high school proffesors in PR center in Podgorica, February 27-28, 2009.

On a two day seminar participants had the opportunity to get information on project idea and goals, results of qualitative and quantitative research that we realized within the previous project phase, Action plan on fight against corruption and organized criminal, legal framework analysis and existing documents and recommendations for their improvement.
Posted by Conference Organizer at 12:58 AM 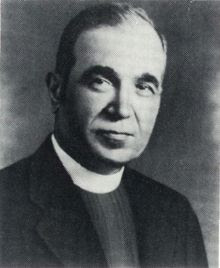 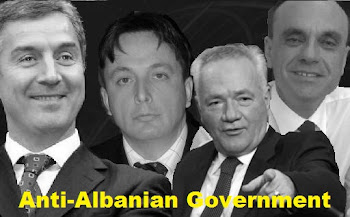 "ALBANIAN JOAN OF ARC: Handsome Heroine Takes Father's Place and Vanquishes Turks" – Cetinja, May 21, 1911 - A young girl, whose first name corresponds to that of the given name of the Maid of Orleans, is now being sung in the songs of the Montenegrin bards in the inns and coffee houses in Podgorica. When at the battle of Vranje last week, her father, the hereditary commander of his clan, fell, she immediately stepped to his place and led the Martinajs to victory against the Turks. Aside from the romantic phase of the affair, for Janitza Martinaj (Tringa e Grudes) is very beautiful, the battle is important as showing that the Montenegrins on the frontier had joined with the Albanians. According to a person who is well acquainted with her, this new Joan of Arc is “a tall, handsome, well-developed young woman. All the Albanian women are brave, and are trained from their girlhood to the use of firearms, and in times of war, as there are no mules, they carry the provisions and ammunition for their soldiers and go into the firing line to distribute them.” “And are sometimes killed?” “Yes, often that happens.” Janitza would probably have carried a Martini rifle; or, as many of the Marininis were collected last year by the Turks, her weapon may perhaps have been one of the old-fashioned Albanian rifles, which are handsomely decorated with silver and have very long, narrow barrels. Shooting is almost the only amusement of the young men and women in Albania. Both boys and girls learn to shoot when they are 12 years old. At weddings the parties amuse themselves by dancing and shooting: at christenings shootings is again the principal amusement – firing at large targets for some little prize – and at festivals there is shooting all day long. It’s one of the great difficulties that Turks have to contend with, for it is part of the national life; the people use their rifles by day and sleep with them by their side by night. The custom has grown up with the prevailing insecurity from vendettas at home and border troubles abroad. Physically, the Albanians are the finest race in Europe. Their women are handsome, with dark hair, though their eyes are sometimes gray. To see them walk is a delight. We like to see the ballet in Servia. The first time I saw the Albanians walk it gave me just the same pleasure. Their movements are so graceful, elegance and strength together. Yes, they are a very fine and very gifted race. They are like the Scots in the 17th century, and they will be by and by the finest race, intellectually as well as physically, in the Balkans. If you go to Constantinople you will find that many of the finest men, not only soldiers but also statesmen are Albanians. Their fault, due to their present degree of civilization, is that they cannot grasp the idea of State. The clan is their highest organization; they are unable to see the importance of combining the clan with the higher organization of making a state. But that will come.